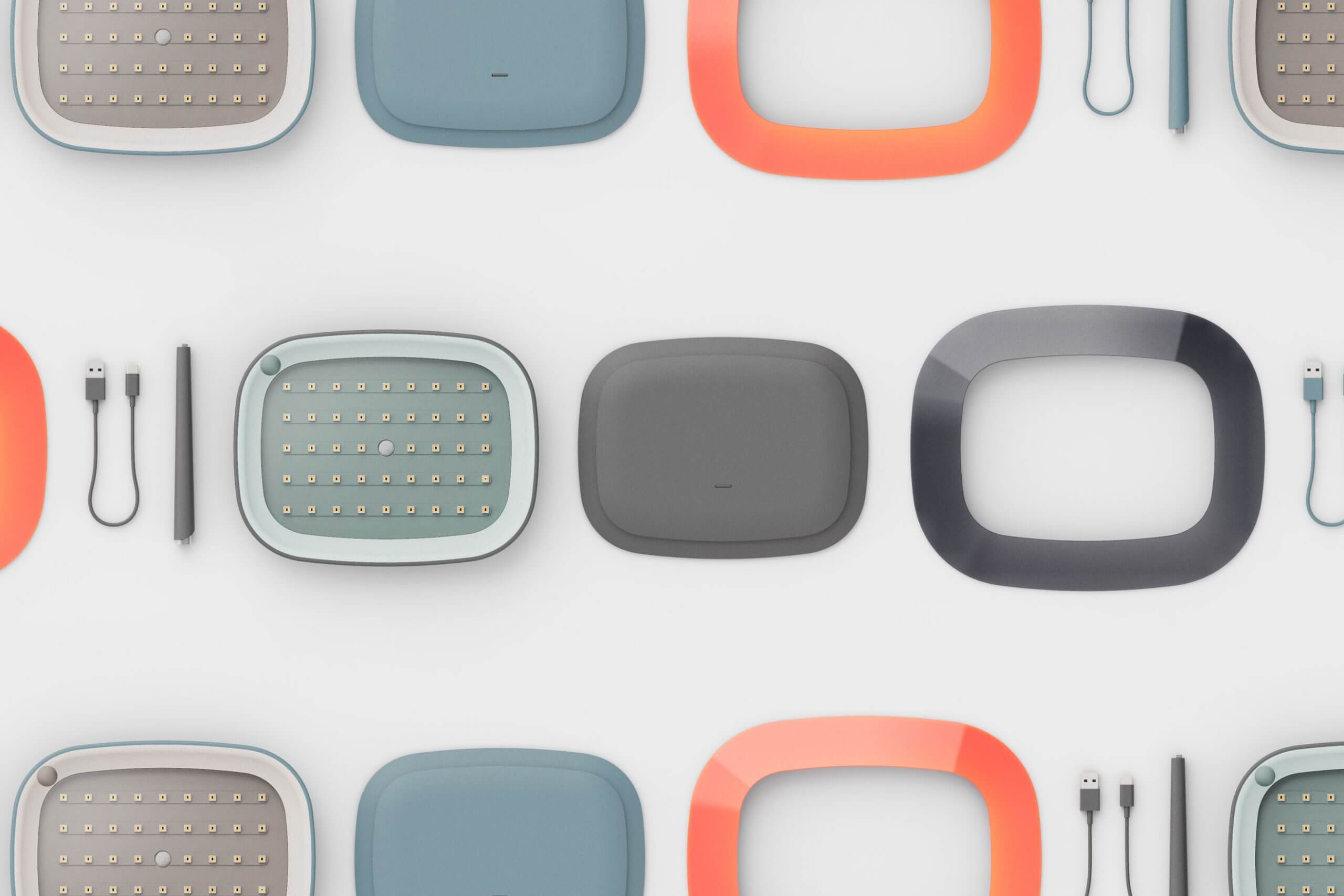 More than 70% of transactions are made in cash in LATAM. In order for customers and patrons to safely use coins and bills and get the economy back to the new normal, a solution was much needed.

Trying to tackle this issue, we developed a concept that uses existing technology to mitigate this risk.The UVC Money Sanitizer can reduce this risk by exposing the virus to far-UVC rays to damage its DNA.

This device has an upper and lower surface of UVC LED lamps that emit light evenly on both sides of coins and bills reducing substantially the risk of infection.The base has a light and motion sensor that turns on/off the device when sensing objects to limit the exposure to UVC rays when not needed.

On the upper surface a digital display signals a countdown of 15 seconds for the customer to know when to remove the money from the tray.

A polycarbonate filter around the upper edge works as a visual screen so the customer can look at the device safely when placing and removing the money. 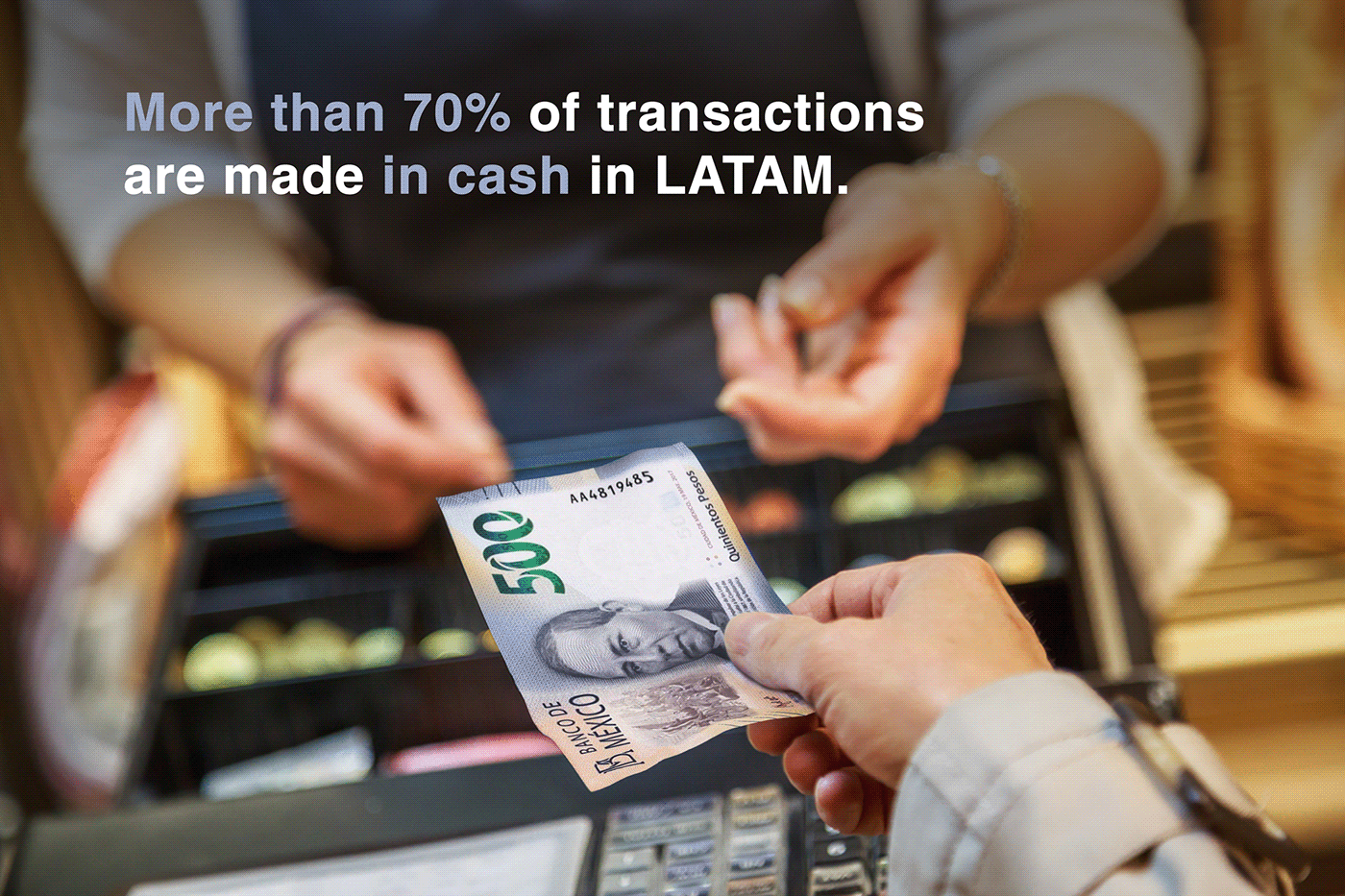 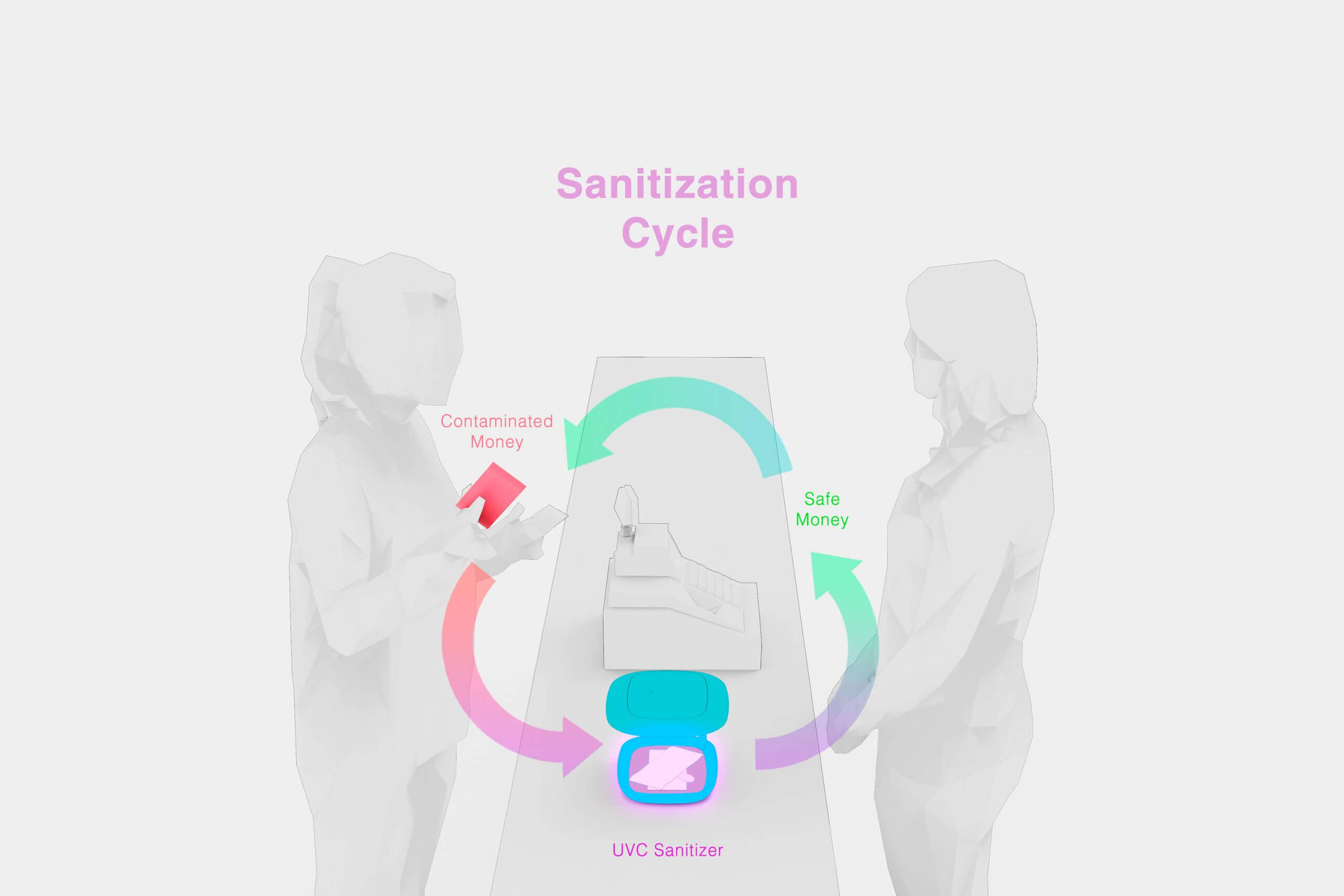 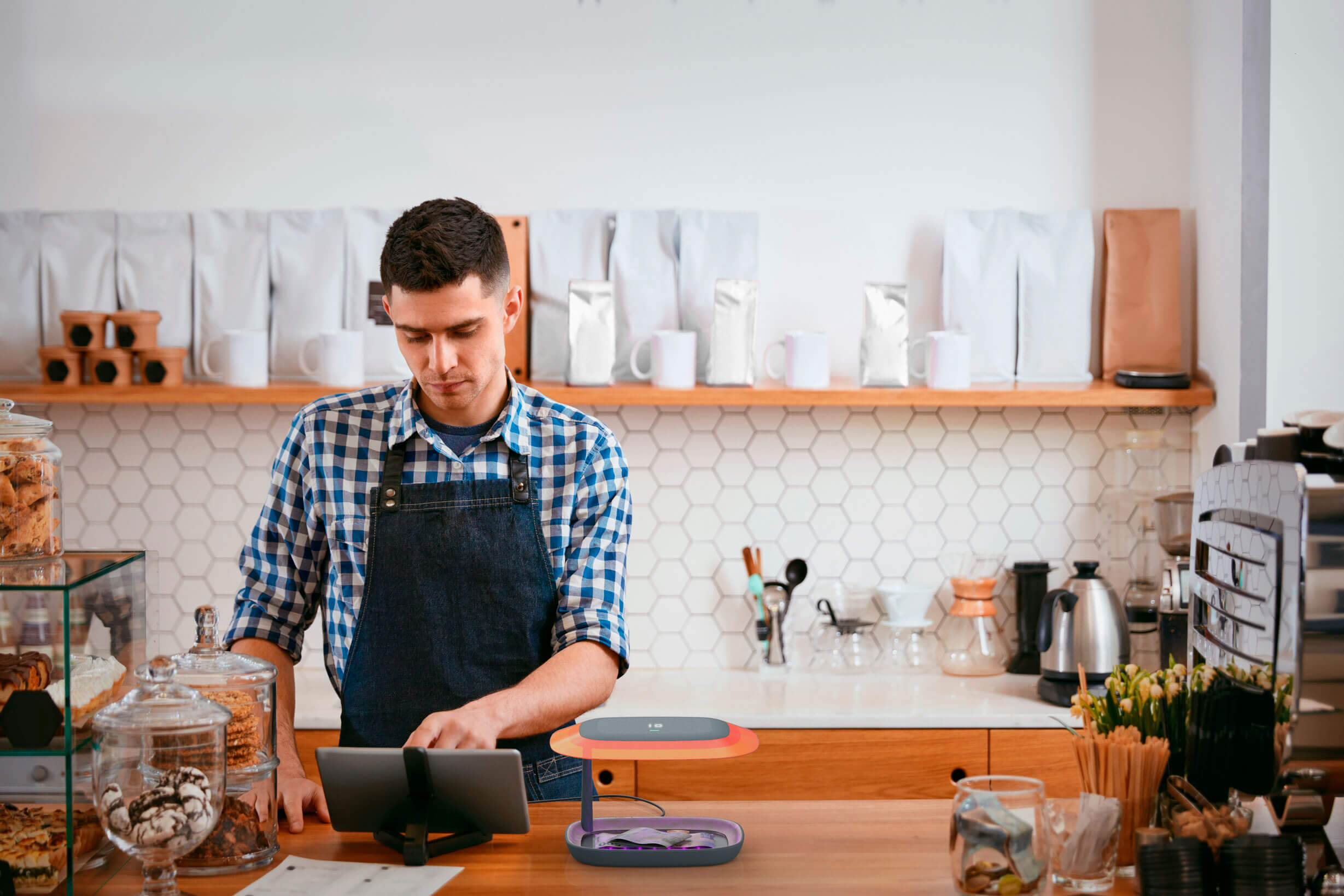 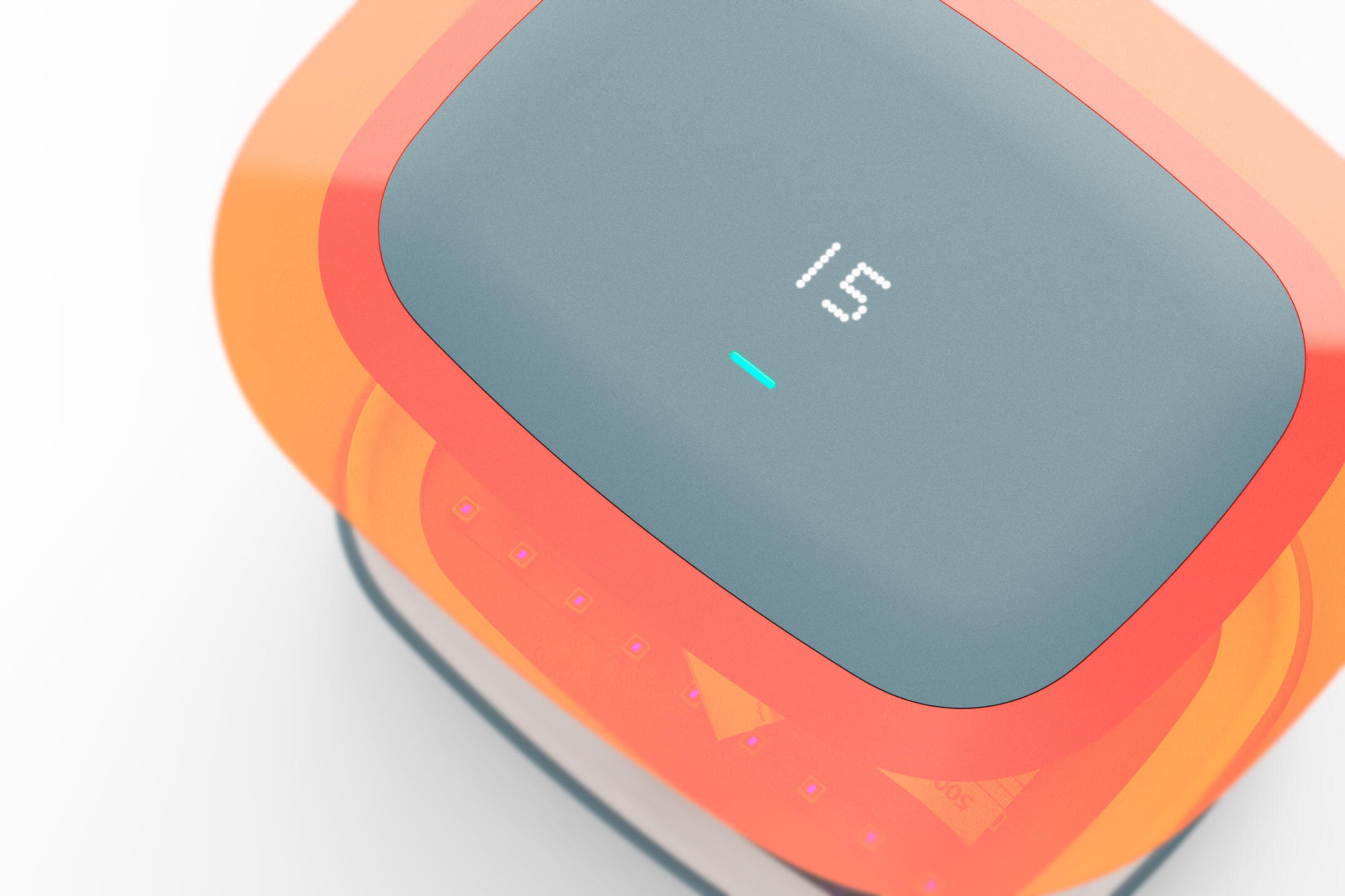 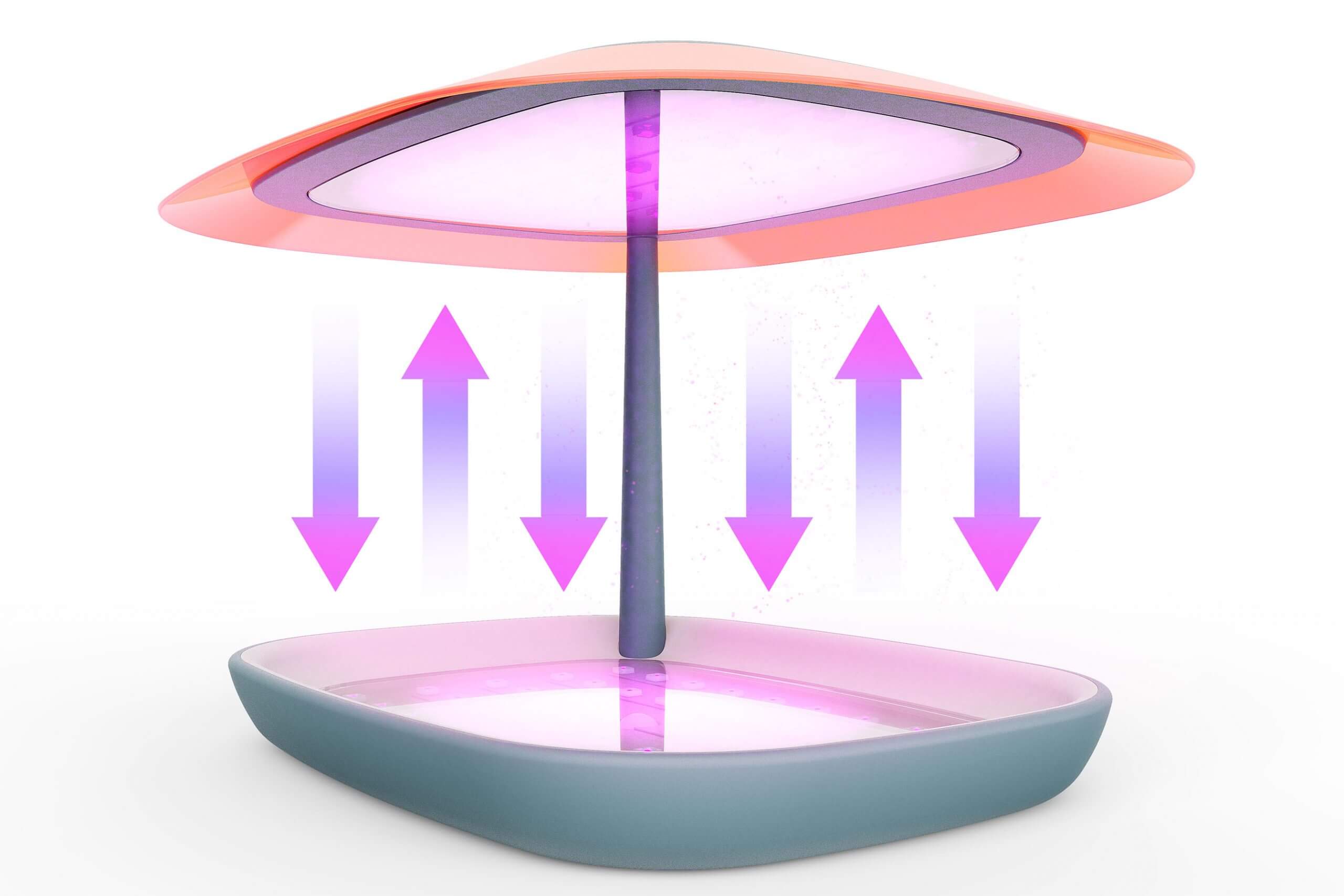 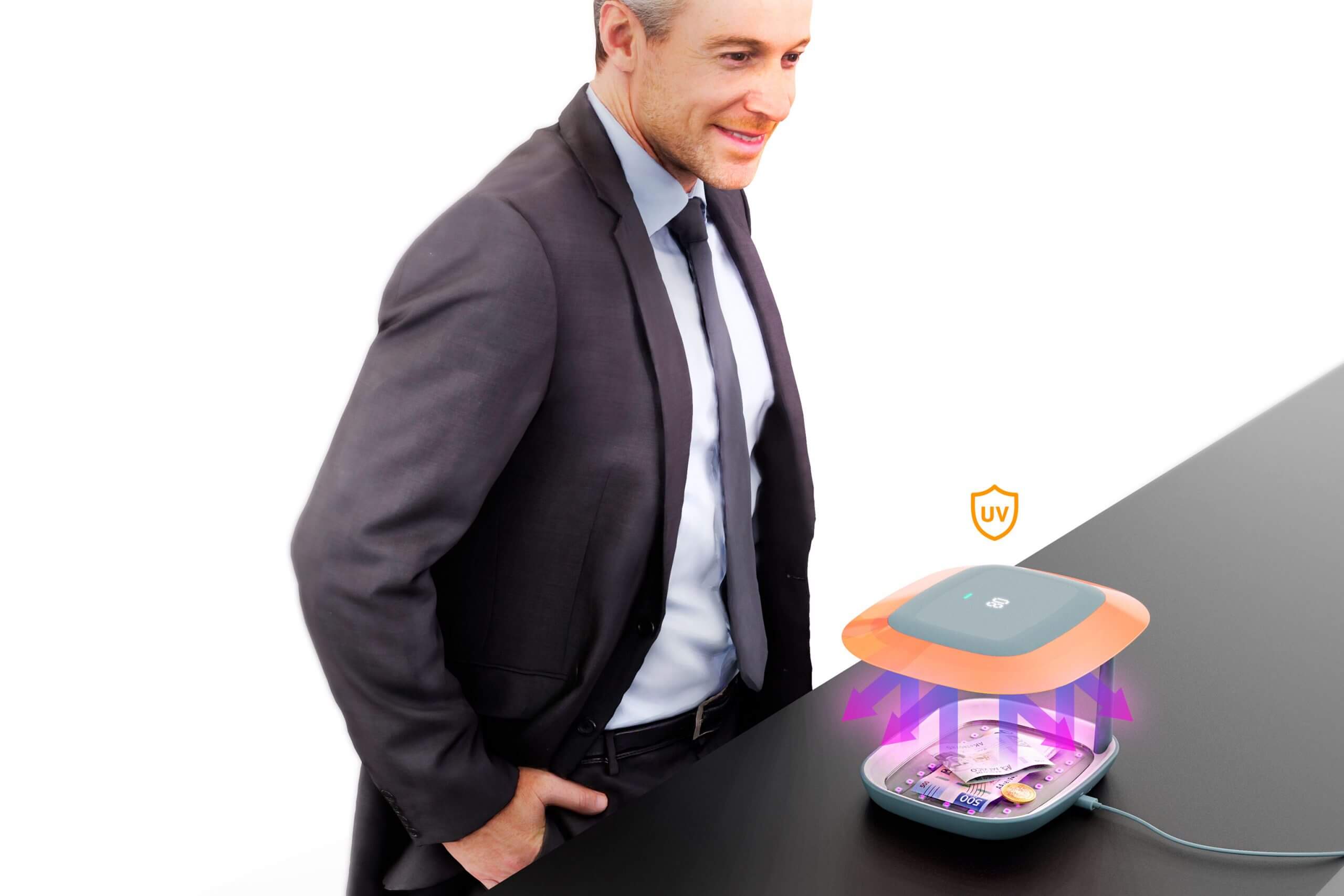 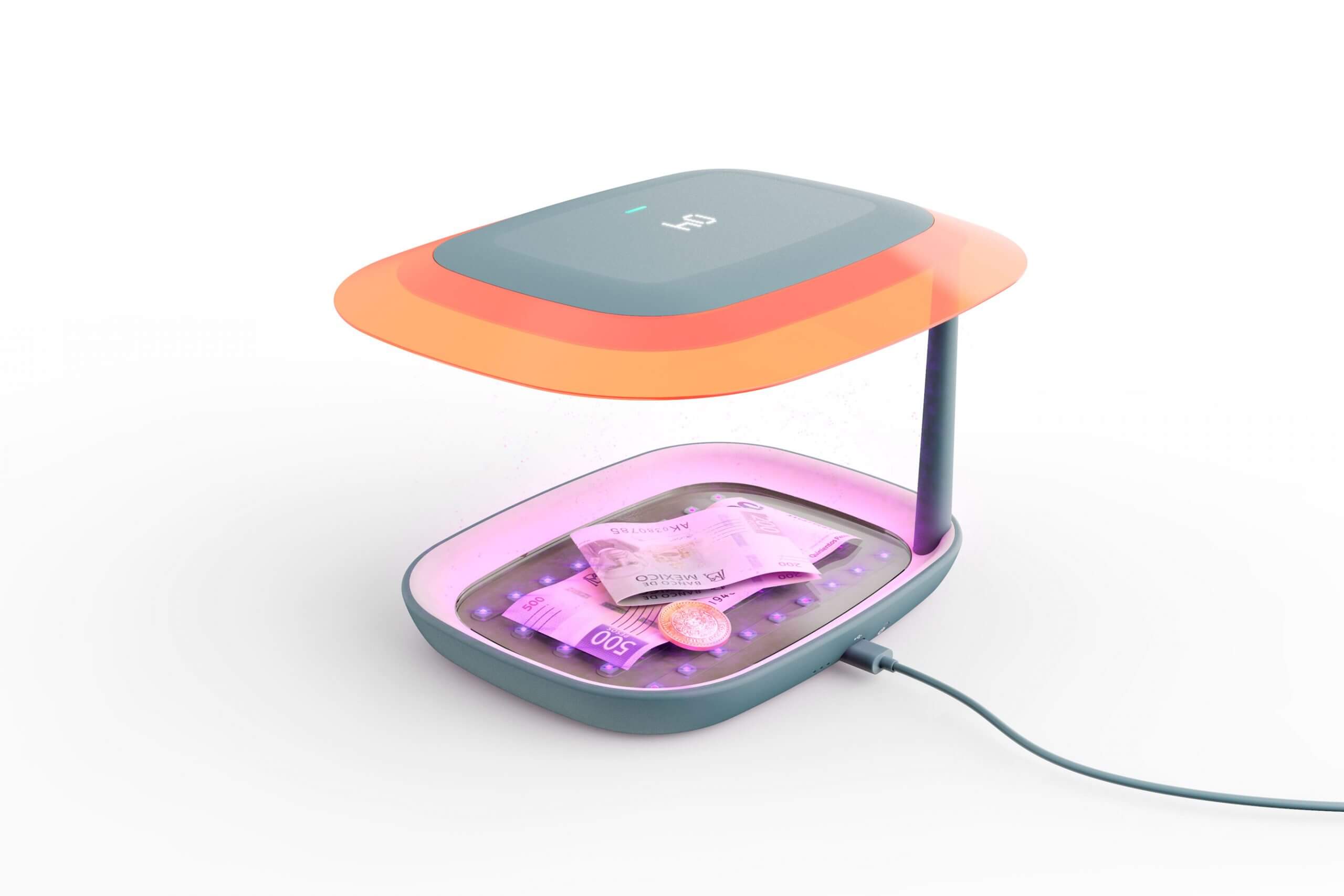 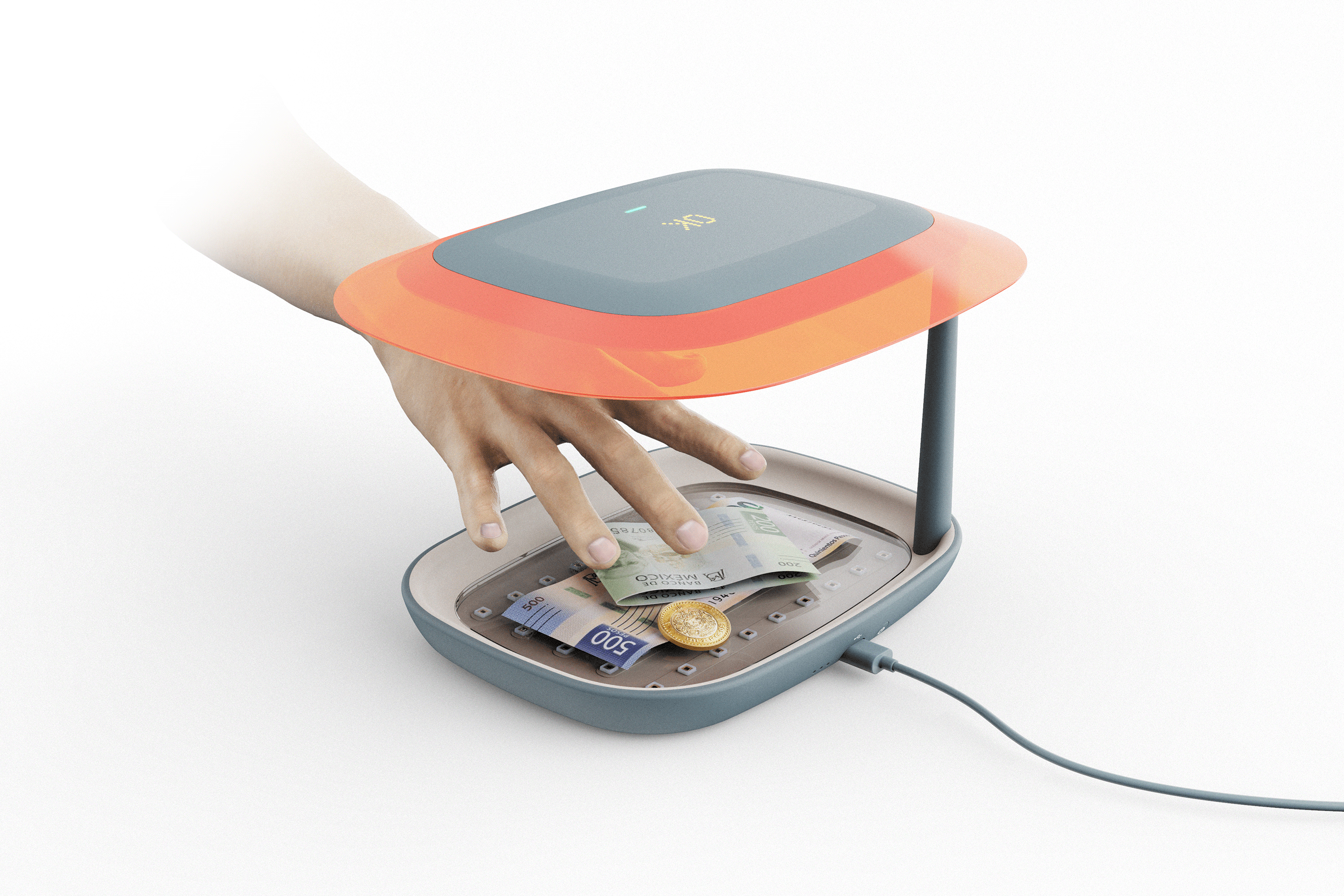 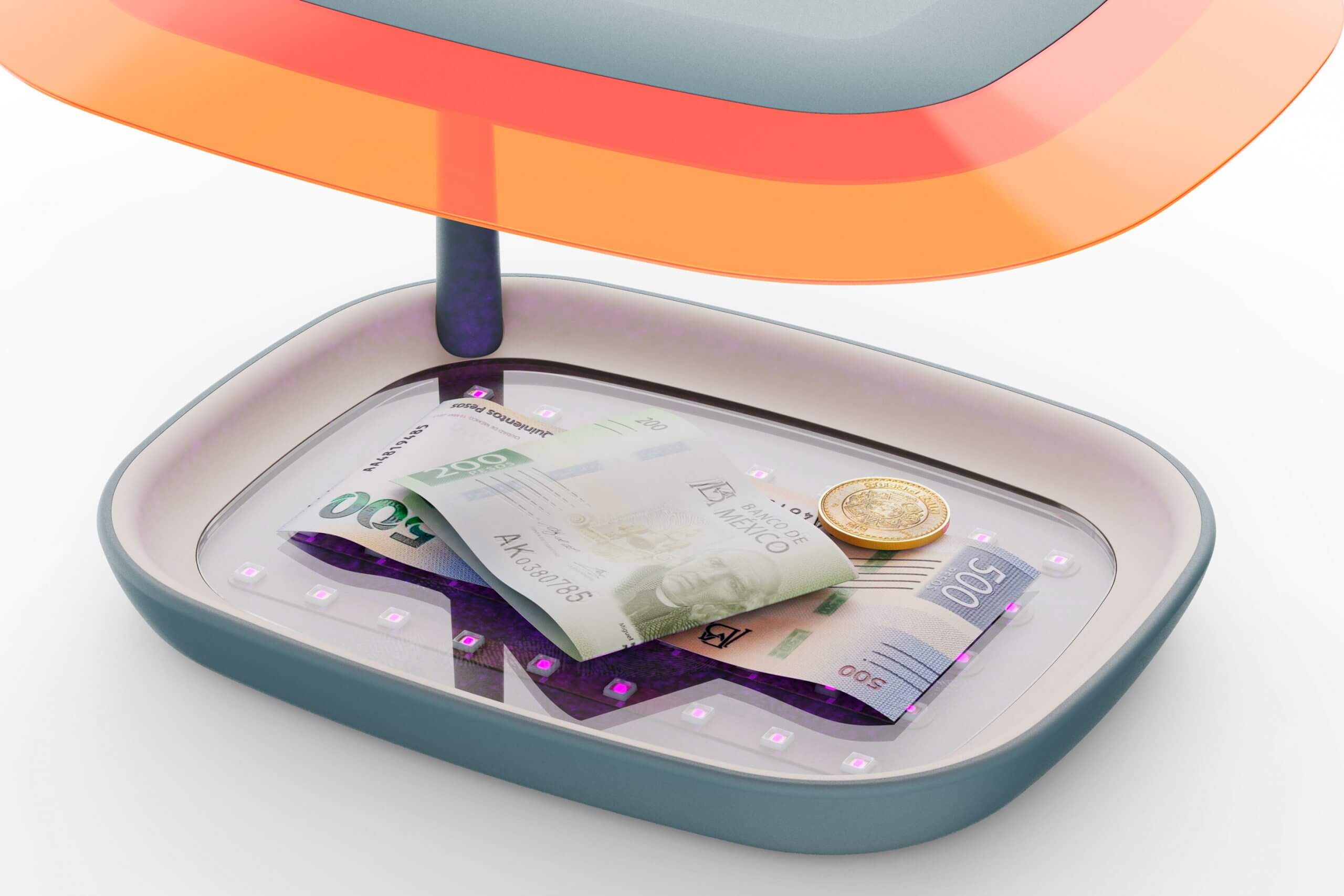 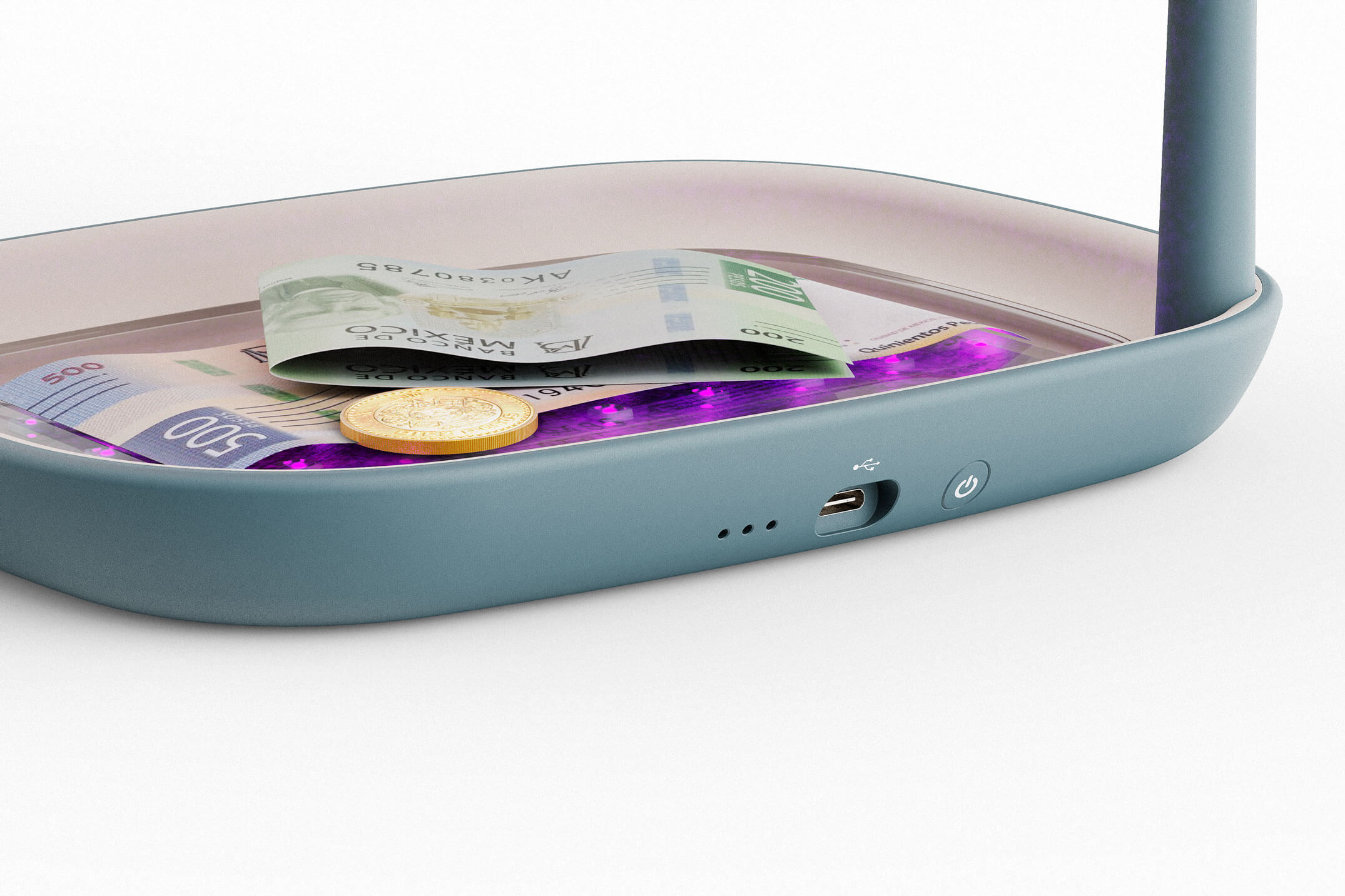 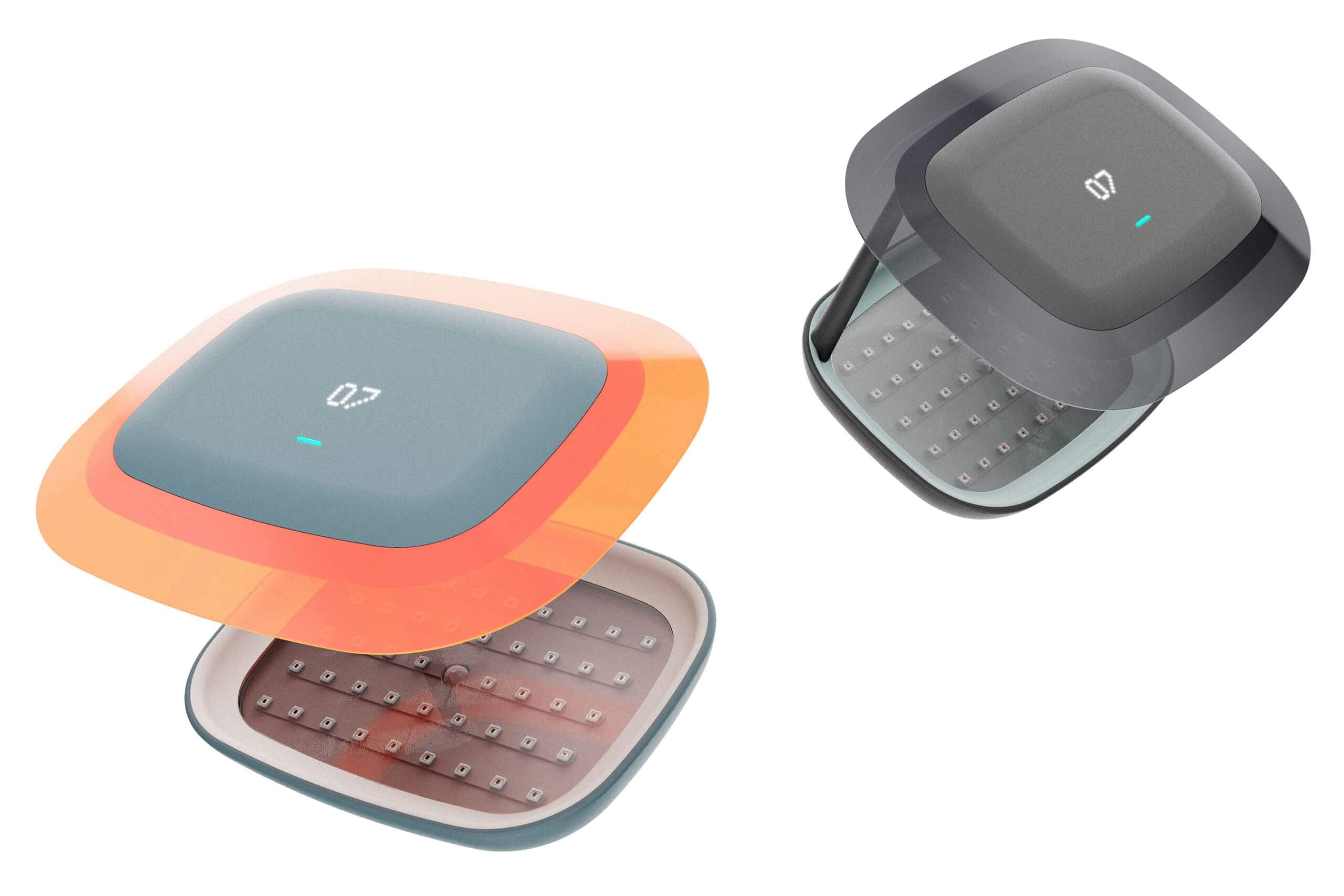 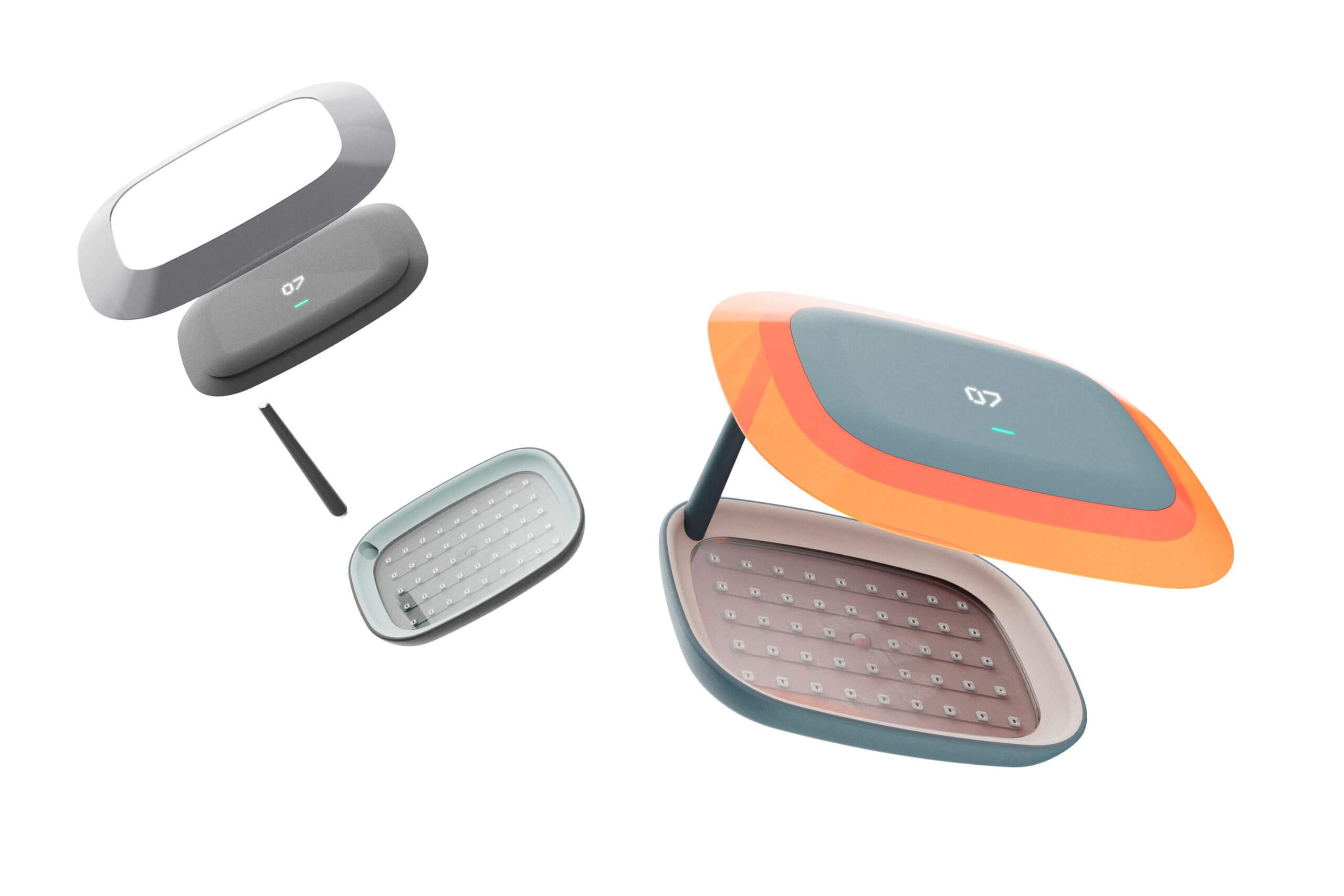 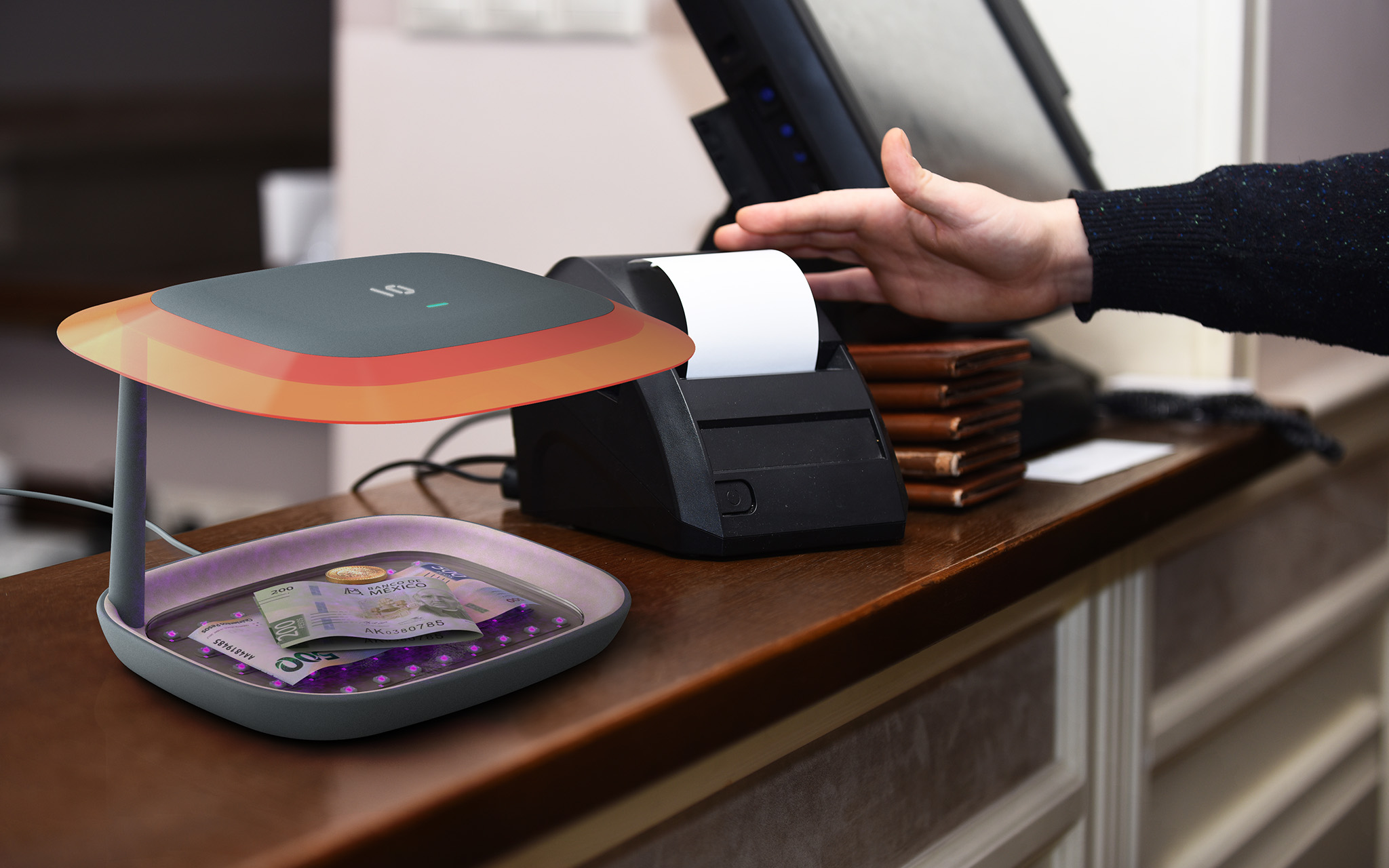 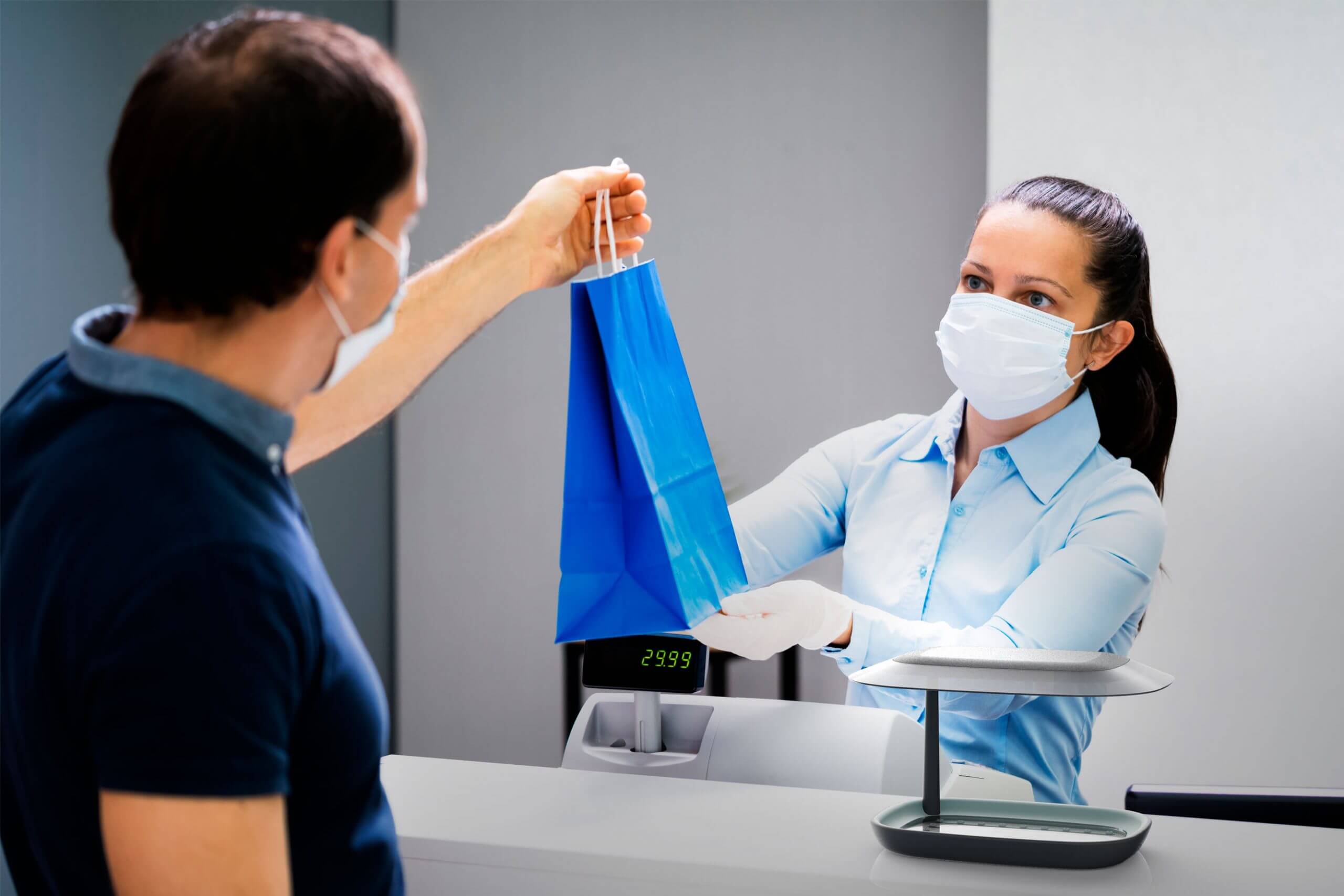 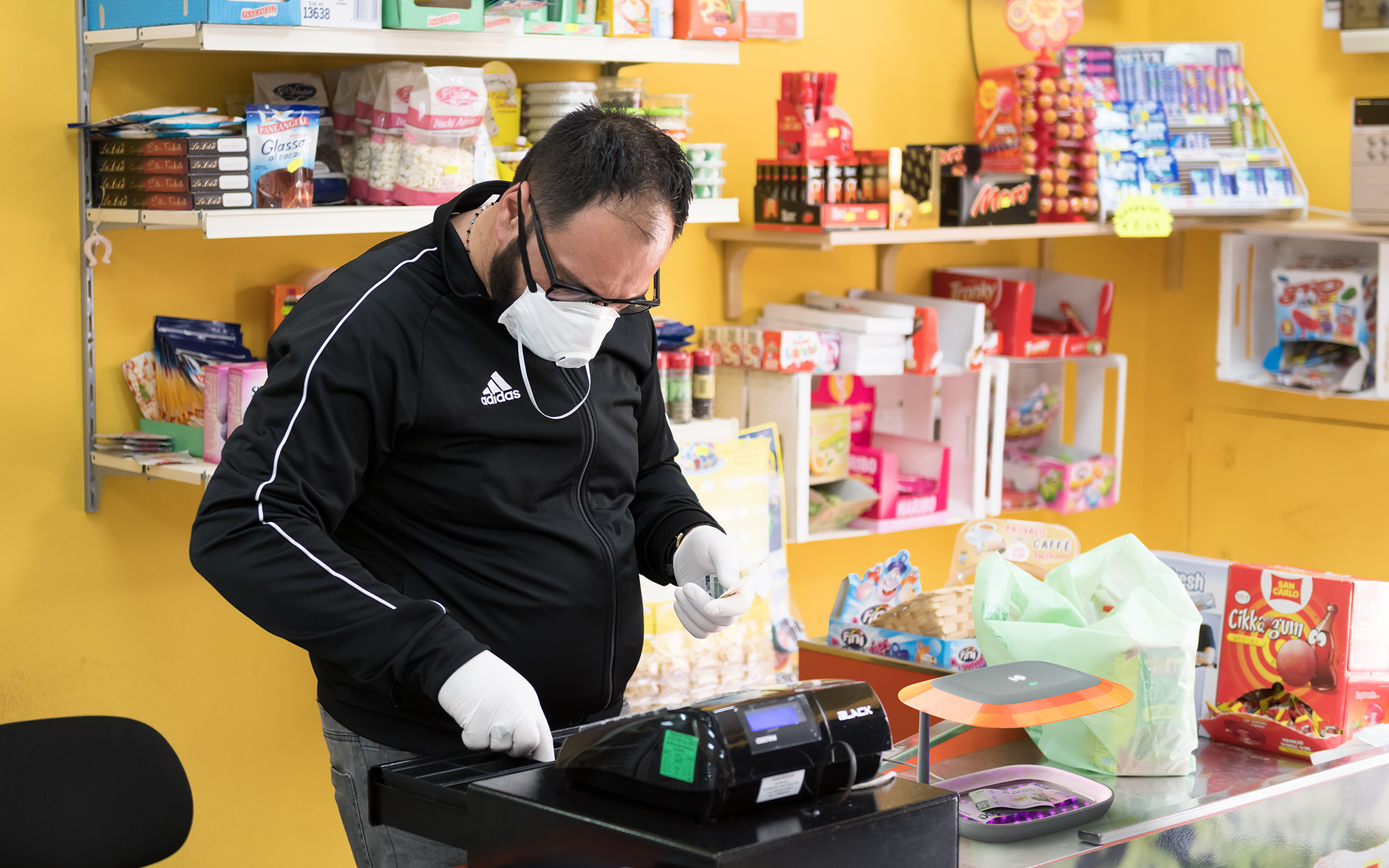 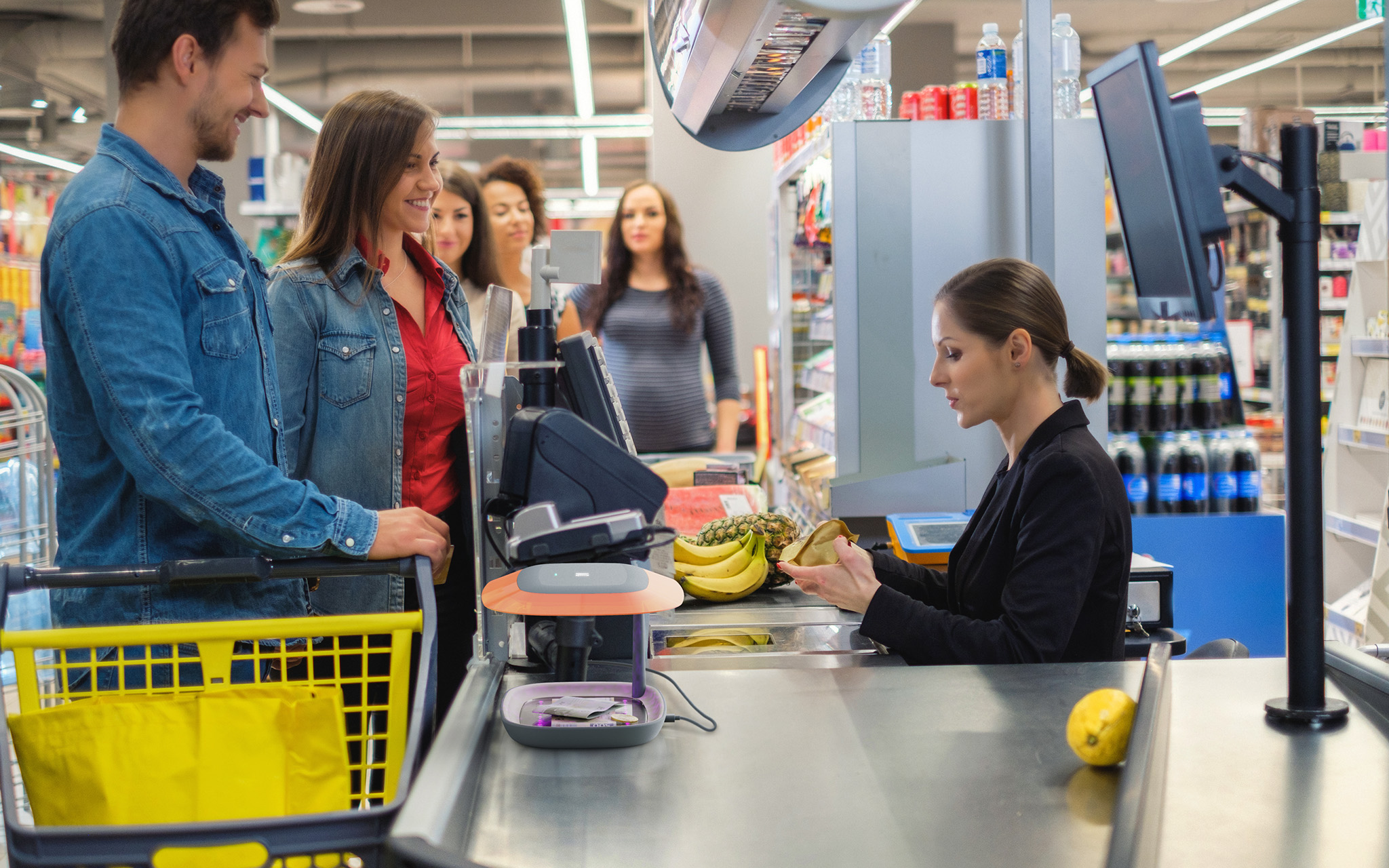 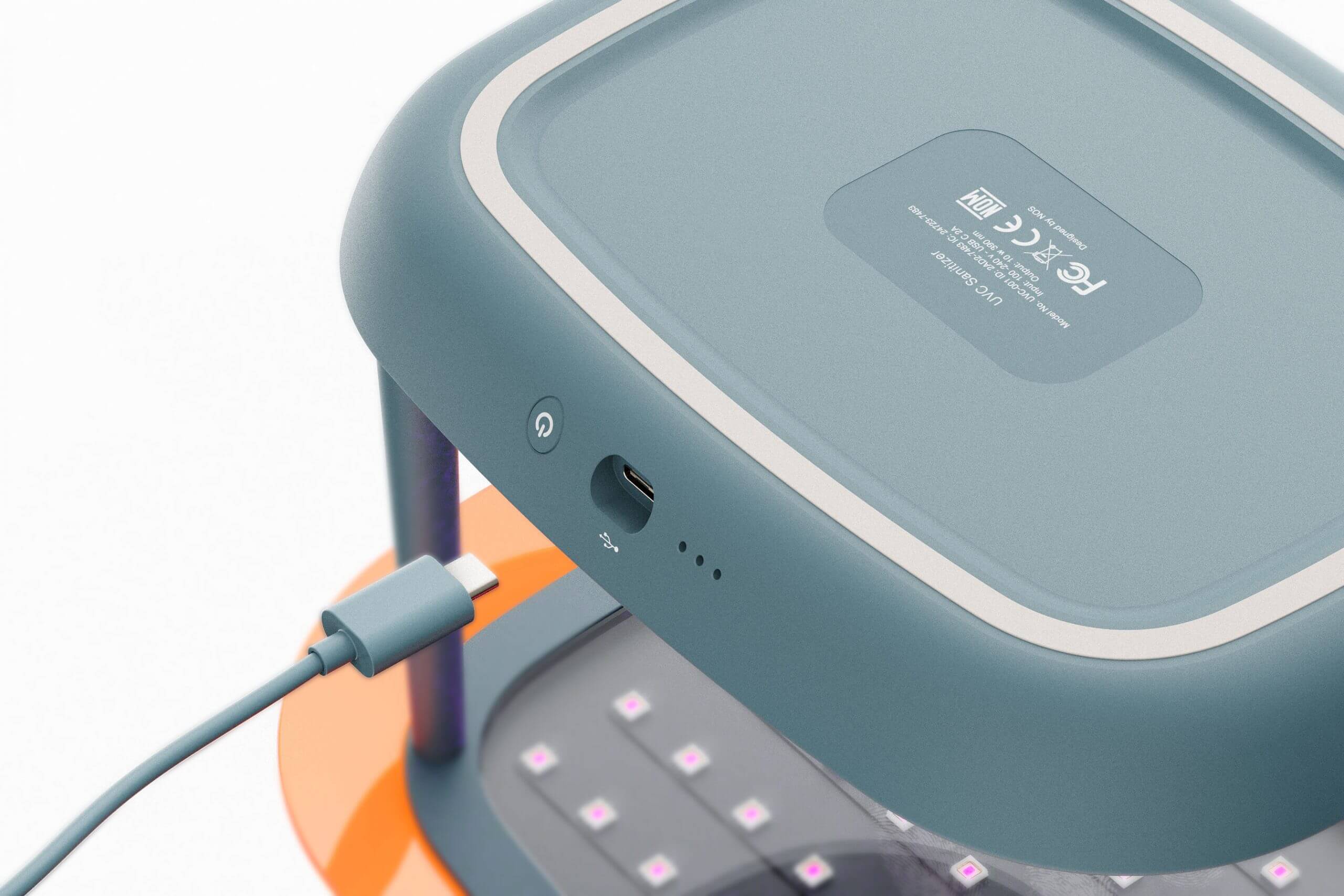 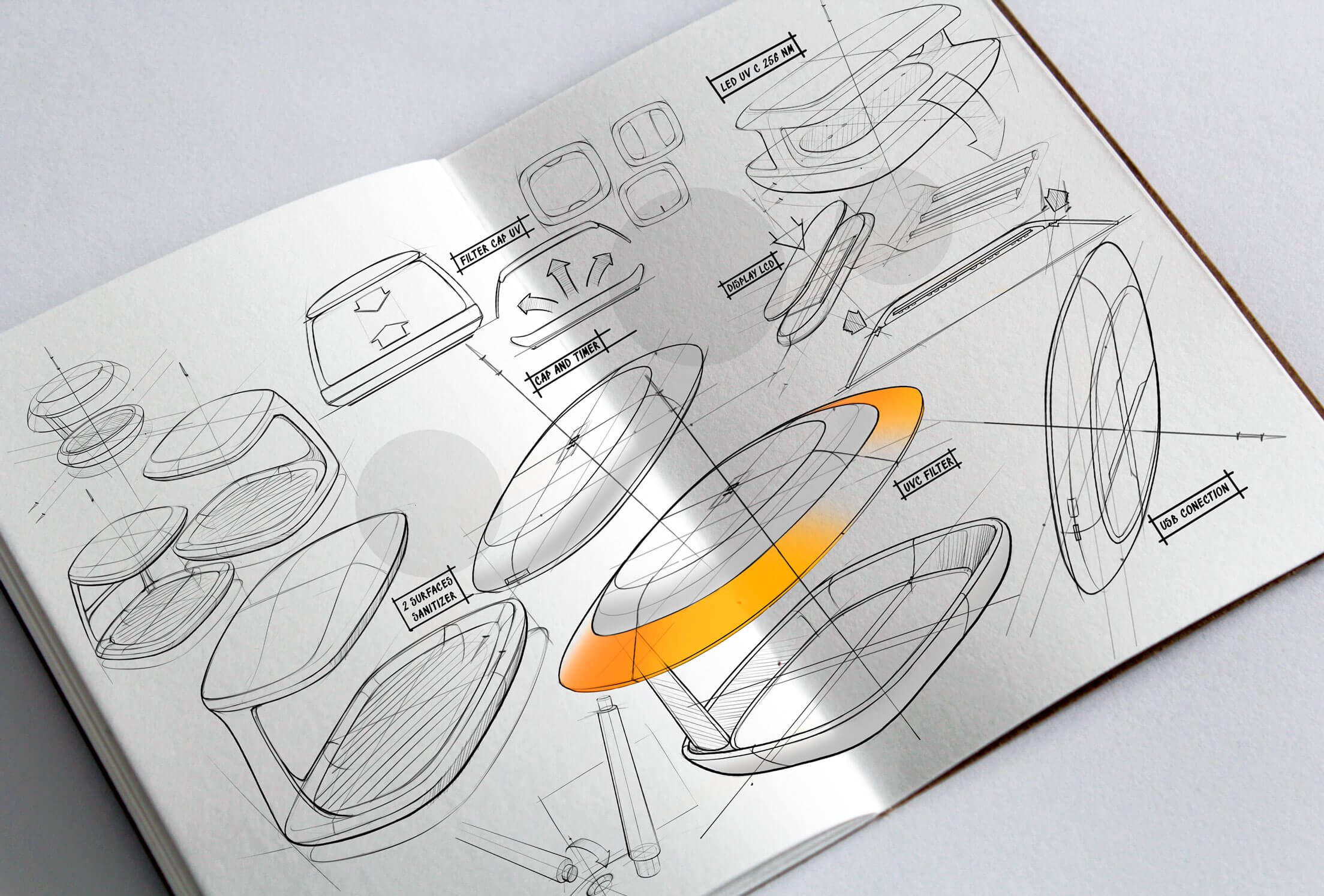 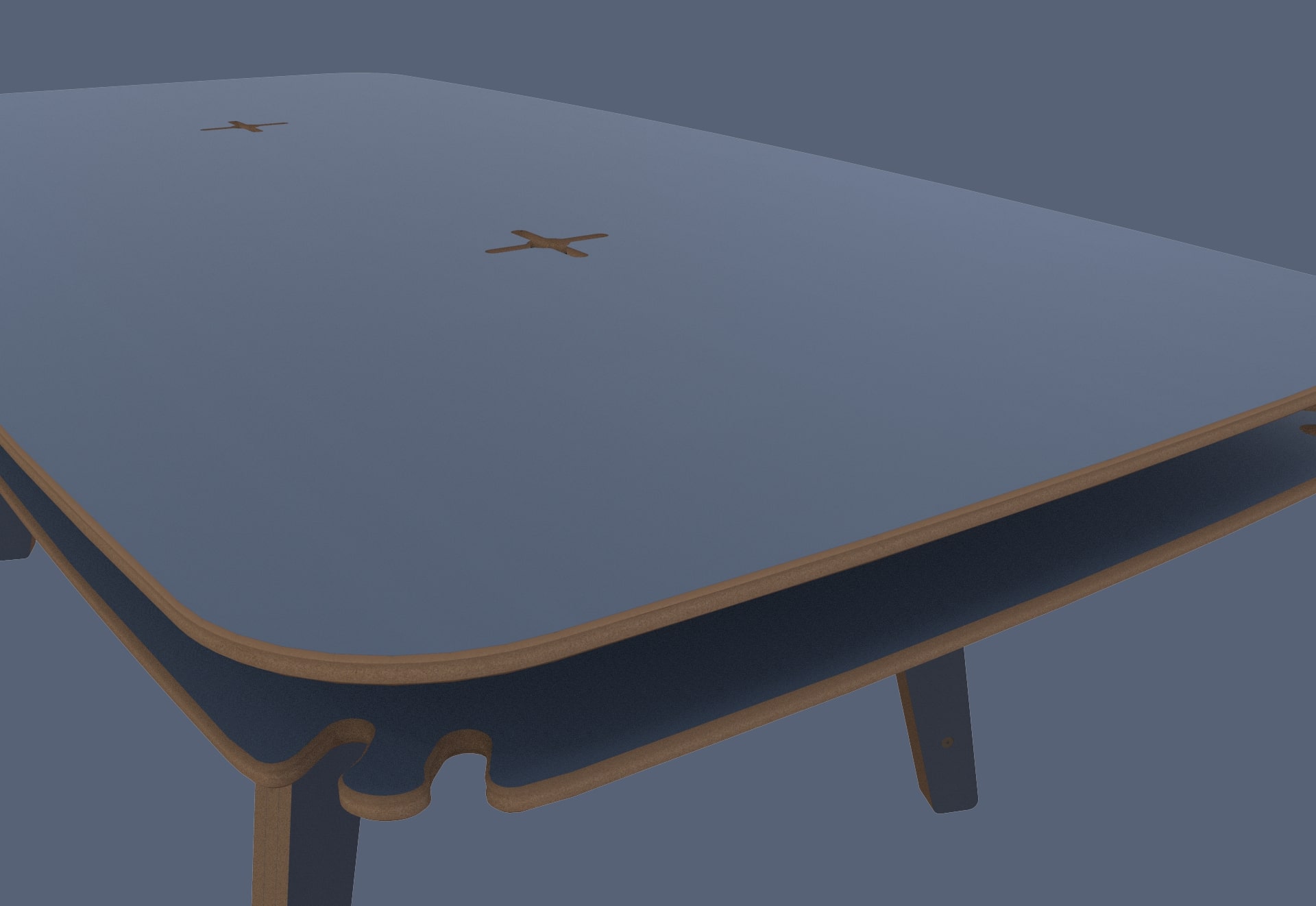 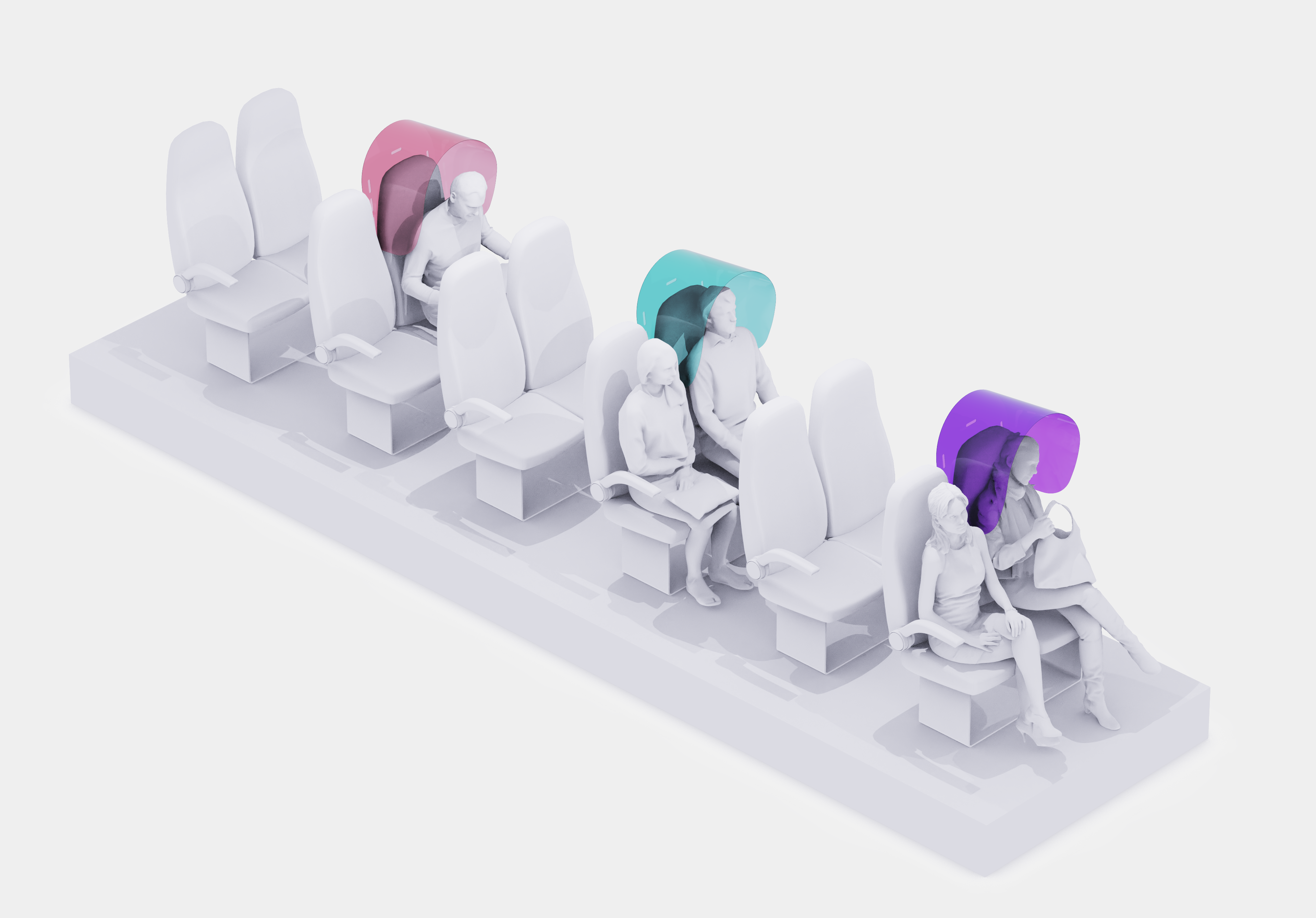 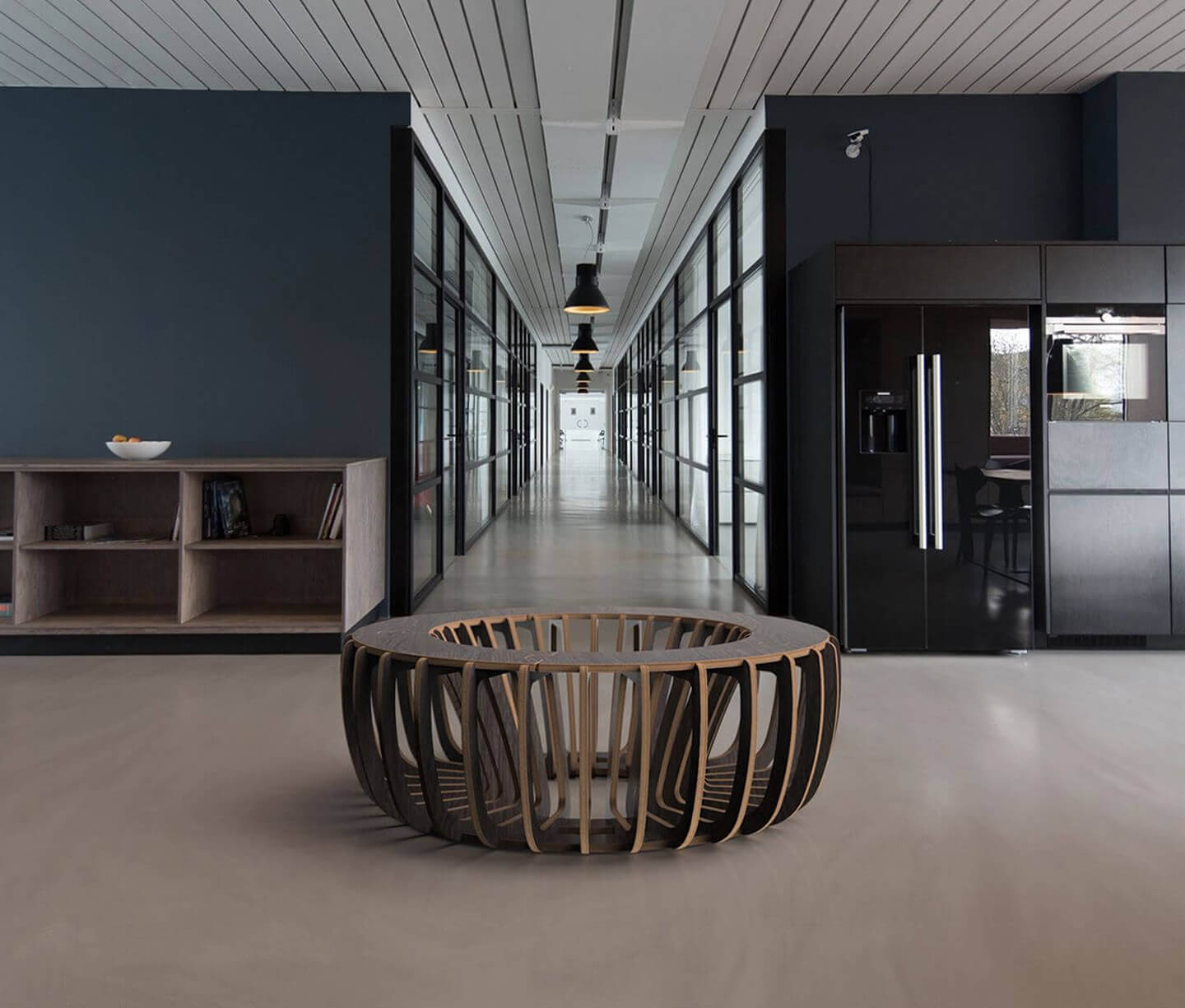